Biofilm are bacterial communities that contribute to many forms of human disease. It is therefore important that they can be controlled and removed effectively.

This short study examines the use of Accepta HuwaSan, a highly effective disinfecting biocide formulated from hydrogen peroxide and silver, for the removal of biofilm.

Biofilm are bacterial communities that can appear almost anywhere, fouling machinery, clogging pipes, and contributing to many forms of human disease.

Scientists and researchers have found that biofilm plays an important role in many medical conditions such as kidney stones, chronic ear and urinary tract infections and gum disease. Experts at the Centre for Disease Control (CDC) in Atlanta, USA now believe that biofilm are involved in 65% of all human bacterial infections. And, roughly 5% of patients who annually receive catheters and stents go on to develop serious infections from biofilms growing on these devices. Biofilm can also be found in water filters, on the hulls of boats and in drinking water pipes, where they can do great harm.

Worldwide, industry spends about $7bn on toxic chemicals that are only partially successful in blocking this bacterial scum.

At the earliest stages, this strange thing called a biofilm is little more than a layer of cells attached to a surface. But as the bacteria grow and divide, something wondrously conspiratorial happens. When enough of them – a quorum – have gathered, they send signals around, telling each other to reorganize. They begin to arrange themselves into an array of pillars and mushroom shaped structures, all connected by convoluted channels that deliver food and remove waste. They become in effect a community, with its own defence and communication systems. As the biofilm matures, the bacteria become as much as 1,000 times more resistant to antibiotics and biocides than they were when they were separate. So once a biofilm takes hold, getting rid of it is tough, though not impossible.

Traditionally, it has been believed that dosing water services and supplies with a conventional biocide such as chlorine will keep it free of harmful and possibly life threatening bacteria and viruses. Unfortunately, this is simply not true!

Bacteria can penetrate systems in several ways, these bacteria, once inside the system are not easily dislodged. The bacteria then gravitate towards the surfaces of the water tanks and pipes, where nutrient levels of adsorbed organic molecules are at their richest. Owing to their small size, the bacteria could very easily be swept away in the water flowing through the system. To prevent this happening, they secrete a polysaccharide glue like substance that fixes them to the surfaces and enables them to pick out nutrients carried along in the water. This polysaccharide matrix is what makes up the biofilm – surrounding each bacterium in layers of slime and creating a miniature “static pond” for it, safe from disruptive water currents.

The biofilm also acts as a barrier to biocides like chlorine, which react with its surface layers while letting the protected bacteria population grow unchecked, until they break out of the biofilm to cause disease and infection, such as an outbreak of Legionnaires disease. Fortunately, there is an answer to the problem created by biofilm. That answer is Accepta HuwaSan.

The necessity of using powerful biocides for biofilm removal is illustrated in recent work, which demonstrated that it took four times as much Bromide to destroy bacteria in biofilm as it took to destroy bacteria in water flow. Accepta HuwaSan can reduce bacteria levels to single figures, and more particularly it is very effective against Legionella, which can exist in systems even when the TVC water condition is well within accepted standards.

Its effectiveness against Legionella in both hot and cold systems will enable a building facility manager to provide safe water, even in systems which have difficulty in maintaining the 60°C level recommended. Dosing the system with Accepta HuwaSan can also prevent pipe corrosion caused by the co-existence of two quite different types of bacteria in the biofilm. The upper layers of bio-film are populated by aerobic bacteria, and the lower layers (lacking in oxygen) by anaerobic bacteria. This co-existence creates corrosion potential between the oxidising and reducing bacteria, resulting in the removal of pipe metal by natural electrolysis. Bio-film develops faster in plastic pipes than in metal pipes, as the bio-film will find nutrients in the organic content of the pipe.

Accepta HuwaSan is available in strengths varying from 3% up to 50% Hydrogen Peroxide & Silver. 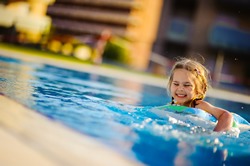 Accepta is actively seeking ambitious distributors and with well established, respected businesses in the water, wastewater and environmental treatment sectors in markets around the world.

Ready to talk about water treatment?

Please complete this form and we will be in touch

Accepta offers custom chemical manufacturing, specialist toll blending and white label production services for our own water treatment chemicals and client specific formulations to British and international customers. To discover how you could benefit from our environmentally sensitive, quality driven chemical manufacturing capabilities please call us on:

Accepta was established to provide high quality products that water treatment specialists can use to provide an equally high quality service to their own customer base. We are always looking to add to our growing number of locally based distributors working within the water treatment and related service sectors around the world. If you are interested in becoming an international distributor of Accepta - The Water Treatment Products Company please click here to learn more.

Go to Top
We use analytical cookies to understand how visitors interact with our website helping us to improve customer experience. By clicking “Accept”, you consent to the use of these cookies.
Cookie settingsACCEPT
Manage consent

This website uses cookies to improve your experience while you navigate through the website. Out of these, the cookies that are categorized as necessary are stored on your browser as they are essential for the working of basic functionalities of the website. We also use third-party cookies that help us analyze and understand how you use this website. These cookies will be stored in your browser only with your consent. You also have the option to opt-out of these cookies. But opting out of some of these cookies may affect your browsing experience.
Necessary Always Enabled
Necessary cookies are absolutely essential for the website to function properly. This category only includes cookies that ensures basic functionalities and security features of the website. These cookies do not store any personal information.
Functional
Functional cookies help to perform certain functionalities like sharing the content of the website on social media platforms, collect feedbacks, and other third-party features.
Performance
Performance cookies are used to understand and analyze the key performance indexes of the website which helps in delivering a better user experience for the visitors.
Analytics
Analytical cookies are used to understand how visitors interact with the website. These cookies help provide information on metrics the number of visitors, bounce rate, traffic source, etc.
Advertisement
Advertisement cookies are used to provide visitors with relevant ads and marketing campaigns. These cookies track visitors across websites and collect information to provide customized ads.
Others
Other uncategorized cookies are those that are being analyzed and have not been classified into a category as yet.
SAVE & ACCEPT
Cart £0.00