To help us with your enquiry please provide as much of the information you have available on the equipment form at the bottom of the product page.

Image shows AX 2100 system suitable for treating up to 100m3/day, systems to treat up to and exceeding 5000m3/ day are available.

The system can be supplied with pre-built manifold such as demonstrated in the image.

Accepta’s innovative Activ-Ox Instant dosing system technology is recognised as one of the safest and most effective ways of delivering chlorine dioxide at the point-of-use in a wide range of commercial, industrial and municipal applications.

Activ-Ox has full approval from the British Drinking Water Inspectorate (DWI) for use in potable water.

Chlorine dioxide is a highly potent, fast acting bactericide and virucide at concentrations as low as 0.1 ppm. It does not form toxic by-products, is effective over a wide pH range in both hard and soft water; and does not react with most other water treatment chemicals and so leaves no residual toxicity. It will eliminate both planktonic and sessile bacteria, disinfect surfaces and rapidly destroy problematic biofilm.

The Activ-Ox chlorine dioxide system is extremely effective at penetrating biofilms and controlling amoebae, both of which can encourage the growth of Legionella bacteria.

The Safest, Most Controllable way of Producing Chlorine Dioxide

The chlorine dioxide generating system has a number of unique design features which make it the safest, most controllable way of producing the chemical:

No gas is released, and there is no need for a reaction vessel storing dangerous concentrated mixtures, instead the chlorine dioxide is produced directly in solution in a special “Reactor Fitting” which is installed directly into the water stream to be treated.

How are Chlorine Dioxide Levels Controlled?

Chemical dosage rates are carefully controlled by a signal from a water meter in the make-up line to the system being treated. This provides precise, direct, fail-safe, proportional control over the dosage of chlorine dioxide and is inherently much simpler and safer than most chlorine dioxide generators.

The Activ-Ox system can be programmed to deliver the required chlorine dioxide levels and will add it at that rate based on the water flow.

Since water supplies and water distribution systems have a chlorine dioxide demand, particularly if they have an established biofilm, each Accepta Activ-Ox system should be used in conjunction with a simple chemical test kit to enable the residual chlorine dioxide to be tested at strategic locations and the dosage levels to be adjusted to establish and maintain the required free chlorine dioxide residual throughout the system being treated.

If you can find the same product advertised on-line in the UK or you’ve got a current quotation from one of our competitors we’ll match the price. All you need to do is provide proof.

If you are a water treatment specialist, Facilities Management or maintenance company who regularly resells water treatment products to your customers why not apply to become an Accepta Registered Reseller. 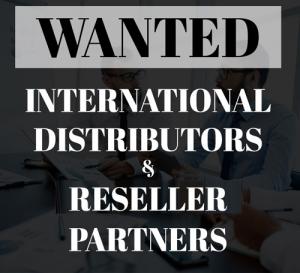